Gloria "Mimi" Winer had to down size when she moved to Florida.  She painfully parted with some of her prized art dolls from many renown artist.  She graciously donateded them to benefit Artist attending Artistic Figures in Cloth & Clay.  This scholarship is a Win for the person receiving the art doll and a Win for the person receiving the gift of financial help to attend the workshops at the convention.  The "Gloria Winger Scholarship fund is currently running from Sept 15, 2014 though March 15, 2015 with a new doll up for auction ever two weeks.

Robert Keene McKinley In the late 1970s he was a children's clothing designer, who had been making and preforming puppets after work.  He decided he wanted to just make figures for the fuf of it.  In the early 80's he created three sets of windows for Tiffany's in New York in 81, 82, and 83.  He was elected to NIADA in 1985, wrote two dollmaking books and made one video.  He became an international renowned for his dolls and teaching. 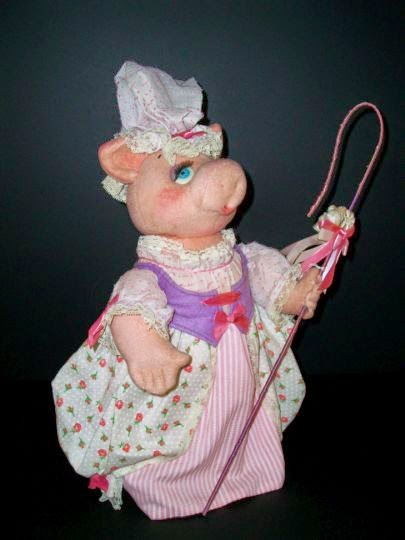 Gloria was given this doll by Bob McKinley when visiting him in his New York apartment.  It is not signed, however there is a card attached to the artwork signed by Gloria Winer that the doll was made by Bob McKinley and was part of her private collection.  The purchaser of this doll will have to know in there heart they own one of his pieces and be content with the that thought.  To see more pictures click here

Gloria can be reached at. Gloria J. "Mimi" Winer <firebird-mimi@comcast.net>

Posted by Cyndy Sieving- Reporter at 5:47 AM