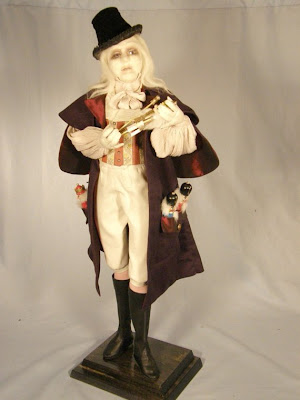 What Does
Fashion,
Art Dolls, Tailoring, Patterning and Style
have in common? 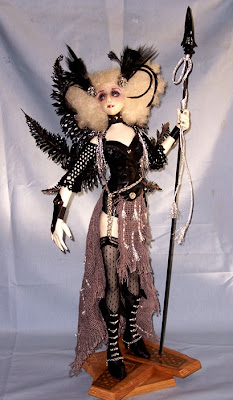 What an interesting life Stephen has led.   Co-owner of Schenz Theatrical Supply Inc., he and his partner designed dance wear and theatrical costuming. Over the years the company grew, costumed universities, the community and high-school theaters.  In the mid-1980s he spent two seasons as head costume designer for the Ringling Bros. and Barnum & Bailey Clown College in Venice, Florida His work has also included PBS specials for Orchestras, several museums displays.  The list is endless and it goes on to including the Cincinnati Symphony, Opera, and Ballet.

Stephen has a sheer talent when designing fashionable period attire. His extensive real life experience trained him to appreciate the human figure and can design for any body type.  He views his art work as a fiber sculpture.  When dressing his dolls he treats them like mannequins.  In doing such, he can make each outfit and exclusive, intended just for his “Art Doll”. 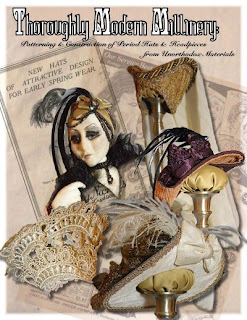 He has a true love for the late 18th and 19th centuries
clothing lines and fashion. 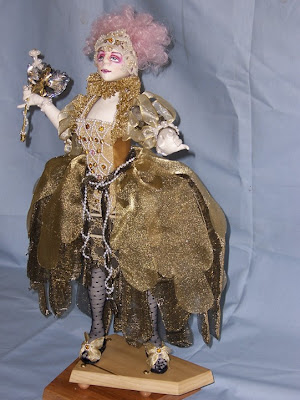 Pattern drafting is something he simply loves to do and historical fashion requires a strong use of tailored structure.  For Stephen it is about the pose and the costume. The former complimenting the latter and combining to tell a story capture a snapshot in time or create an attitude. “Attitude” is the word most often used to describe his figures. He pays particular attention to recreating the period cut of the costume, including the appropriate underpinnings, to get an accurate representation of the garments.

After 30 years designing stage & character costumes for every type of production imaginable from opera & ballet to musical theater and yes even clown college, designing and creating Art Dolls seems to be a logical progression of artistic expression. Each figure is unique in both style and costume and, hopefully, will give the viewer as much enjoyment as I have had in the creation.

Stephen is repeating a class from 2011 because it was in such demand, “Designing and Patterning Period Clothing” this is a one day class.  He has also developed a new class that every designer would love to add to their list of techniques “Thoroughly Modern Millinery Period Hats and Head pieces”. 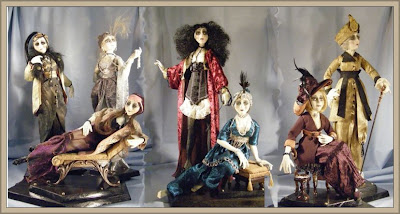 You can read more about Stephen class.  http://www.cyndysdolls.com/stephen_rausch.htm If you are ready for the next step in art doll clothing design, or recreate antique doll clothing this is defiantly a designer you can’t miss taking a class from.

Posted by Cyndy Sieving- Reporter at 7:31 AM